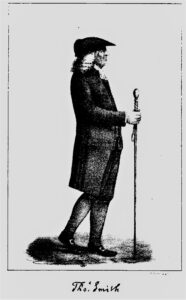 The historic First Parish Unitarian Universalist Meeting House has its ghosts and secrets hidden from present day church members and visitors, who gather inside its stone walls finished in 1825.  A plaque next to the pulpit honors our longest serving minister, Reverend Thomas Smith, who served First Parish from 1727 to his death in 1795 in a wooden church on the back of our present site called “Old Jerusalem.”  The memorial plaque to Thomas Smith now stuck on the Meeting House wall says nothing, however, about Reverend Smith and other early First Parish leaders profiting from “scalp bounties” – part of the English invaders’ long campaign of “ethnic cleansing” to clear the land of the indigenous Wabanaki, making way for white settlers.

During the  Indigenous People’s Day virtual service on October 11, 2020, the following TRUTH STATEMENT was read to begin the process owning and exposing this dark chapter in the history of First Parish.

In 1755 when Maine was part of Massachusetts, an official Proclamation by Lieutenant Governor Phips offered:

In Falmouth (now Portland, Maine), the Reverend Thomas Smith, pastor of First Parish Church, responded to that call for sanctioned violence against the Wabanaki. In 1757 Smith and prominent members of the church equipped a posse of 16 men. These “scouters and cruisers” were sent to “kill and captivate the Indian Enemy” to the east of Falmouth in the area between the Kennebec and Penobscot Rivers.

Shortly after, Reverend Smith noted in his journal the receipt of 198 British pounds for “my part of the scalp money,” one-quarter of his salary.

The 1757 “Articles of Agreement” to hunt Indians were signed by Reverend Thomas Smith, Captain James Milk and Stephen Longfellow, all three memorialized on the walls of the First Parish Unitarian Universalist meeting house in stone and brass plaques.  (Stephen Longfellow II was the great-grandfather of Henry Wadsworth Longfellow.)

Sam Waldo Jr., whose name appears first in the Articles, stood to inherit his father’s royal title to the “Plymouth Patent,” a vast real estate asset between the Kennebec and Penobscot Rivers.  Sam Waldo Jr. actively promoted white settlement in that region, pushing the Wabanaki out of the land where they had lived for thousands of years.

The English colonists who founded First Parish Church not only organized genocide of the Native people, they strove to grow personal fortunes by populating Maine with white settlers.

1755 Proclamation offering bounties to kill and hunt Penobscots was but one of such programs in the Massachusetts Colony’s decades-long campaign of “ethnic cleansing” targeting the Wabanaki all across the Northeast region during Reverend Smith’s lifetime.  The real history of how Maine came to be 95% owned and populated by people who identify as white is encapsulated in the obscured, early history of First Parish, and the profitable investment by a few wealthy church members and their pastor in the government-sanctioned, systematic dispossession and genocide of the indigenous Wabanaki people.